Lucerne, June 27th, 2017— B.H.M.S. Business & Hospitality Management School, one of the leading private institutions of higher education in Switzerland for international careers in hospitality management, appointed Beat R. Wicki as the successor to the longtime Campus Director Philipp Terry, thus ensuring continuity in the further development of the school.

Mr. Wicki has already led another hotel school and has been working as a consultant in education both in Germany and abroad. Together with the operational management of the school, he will be heavily involved in the ongoing development and expansion of the study programs at B.H.M.S. 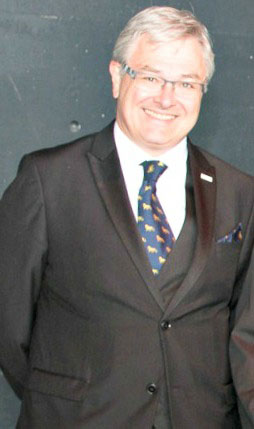 Mr. Philipp Terry, currently Director of B.H.M.S., has spent many years of dedicated commitment to the welfare of the students and the school. As he reached the age of retirement, a succession regulation ensued. In the person of Beat R. Wicki, a suitable new leadership personality could be found.

The Board of Directors would like to thank Mr. Philipp Terry for his many years of valuable service and wishes Mr. Wicki every success in his new challenge.

B.H.M.S. Business & Hotel Management School, located in the heart of Lucerne city, belongs to the Benedict Education Group which today is one of the most successful educational institutions in Switzerland with approximately 15'000 students receiving education yearly. Since its founding, the group has been on a mission to provide higher education for adults with a desire to succeed, supporting its students by offering a practice-oriented education. B.H.M.S. Business & Hospitality Management School has been successful for over 20 years, preparing about 1'000 young students for their future management roles in the hotel and hospitality industry yearly.

Thanks to the market-oriented study programs offered, as well as other factors, B.H.M.S. has grown over the past few years and the institution infrastructure had to be massively adapted. With the City Campus in the former Utoring, an ideal main location was put into operation last autumn, where many activities can be concentrated.